Flooding to the Correction

In the last post, I assured that I will write on the measures which we took to protect the bridges and embankments owing to damages caused by scour. After a devastating rainy season which happened during the project implementation, we were convinced on the additional requirements of the protection measures which were not included in the original designs.

The following photo shows the scale of the damages owing to the flood event. Even though all bridge structures were not submerged by the rising flood level, the approaches were badly damaged. 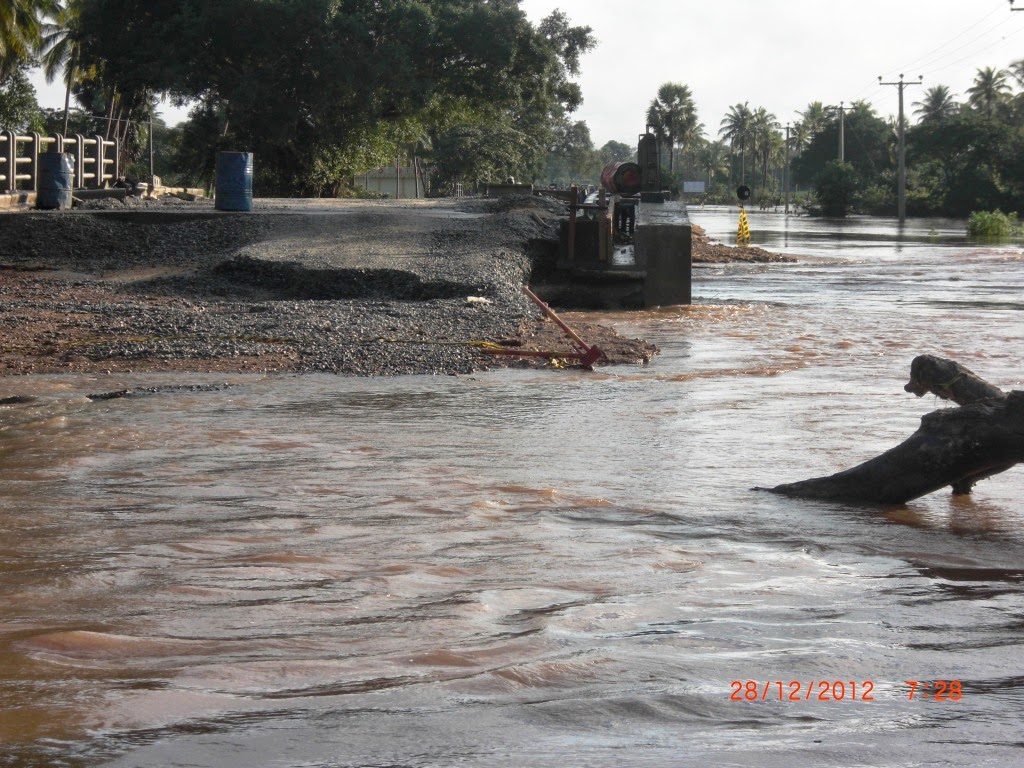 In an another location, the temporary baily bridge, at the bypass road,  which was constructed to cater the traffic during the construction was totally submerged while the new  bridge structure stands firmly owing to correct choice of HFL during the design.

The following bridge is located at a lagoon. Similar to other locations, the bridge approaches have been inundated. 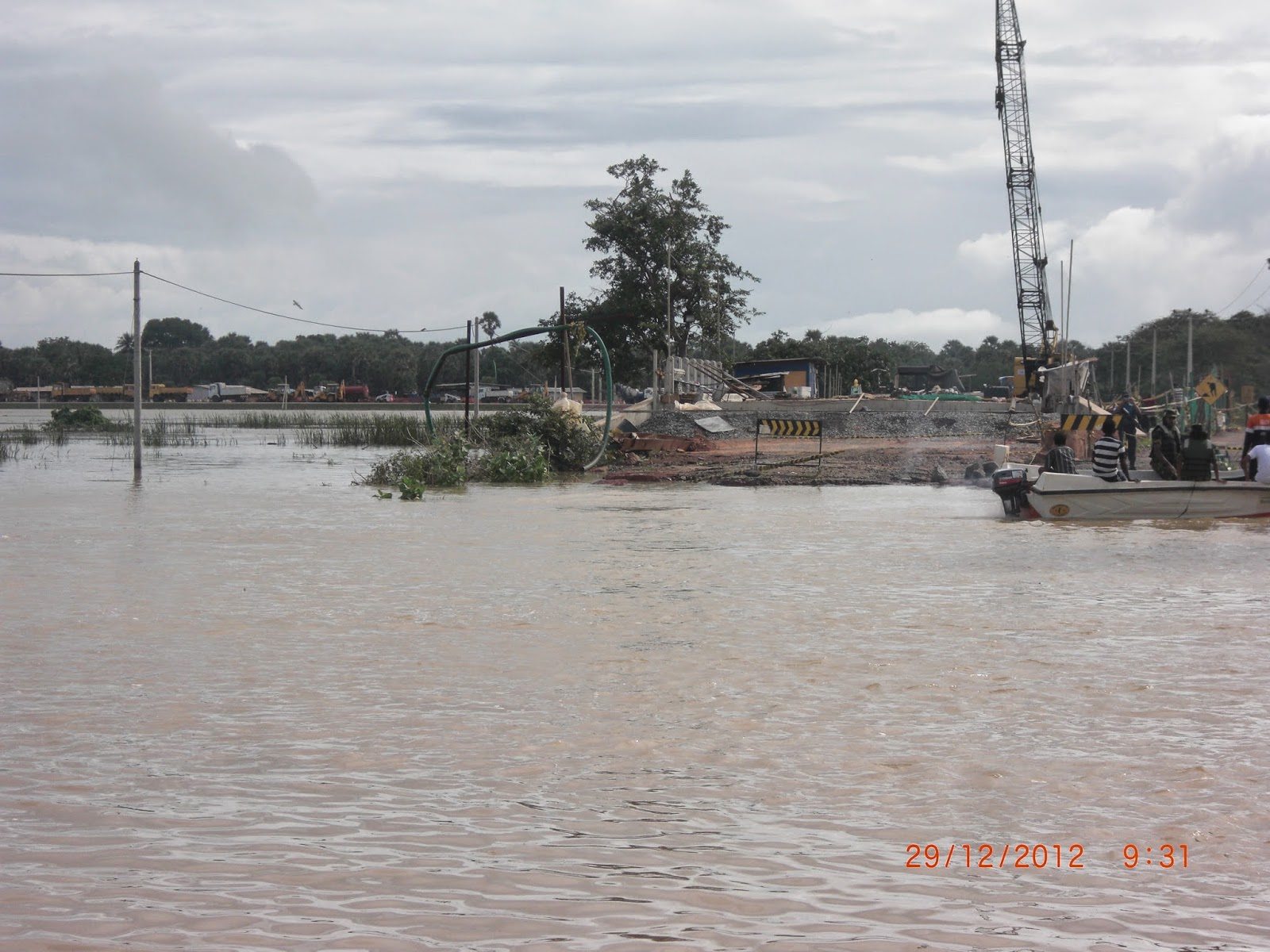 The next photo depicts the scale of the damages in the downstream of the approach roads near to bridge structures. 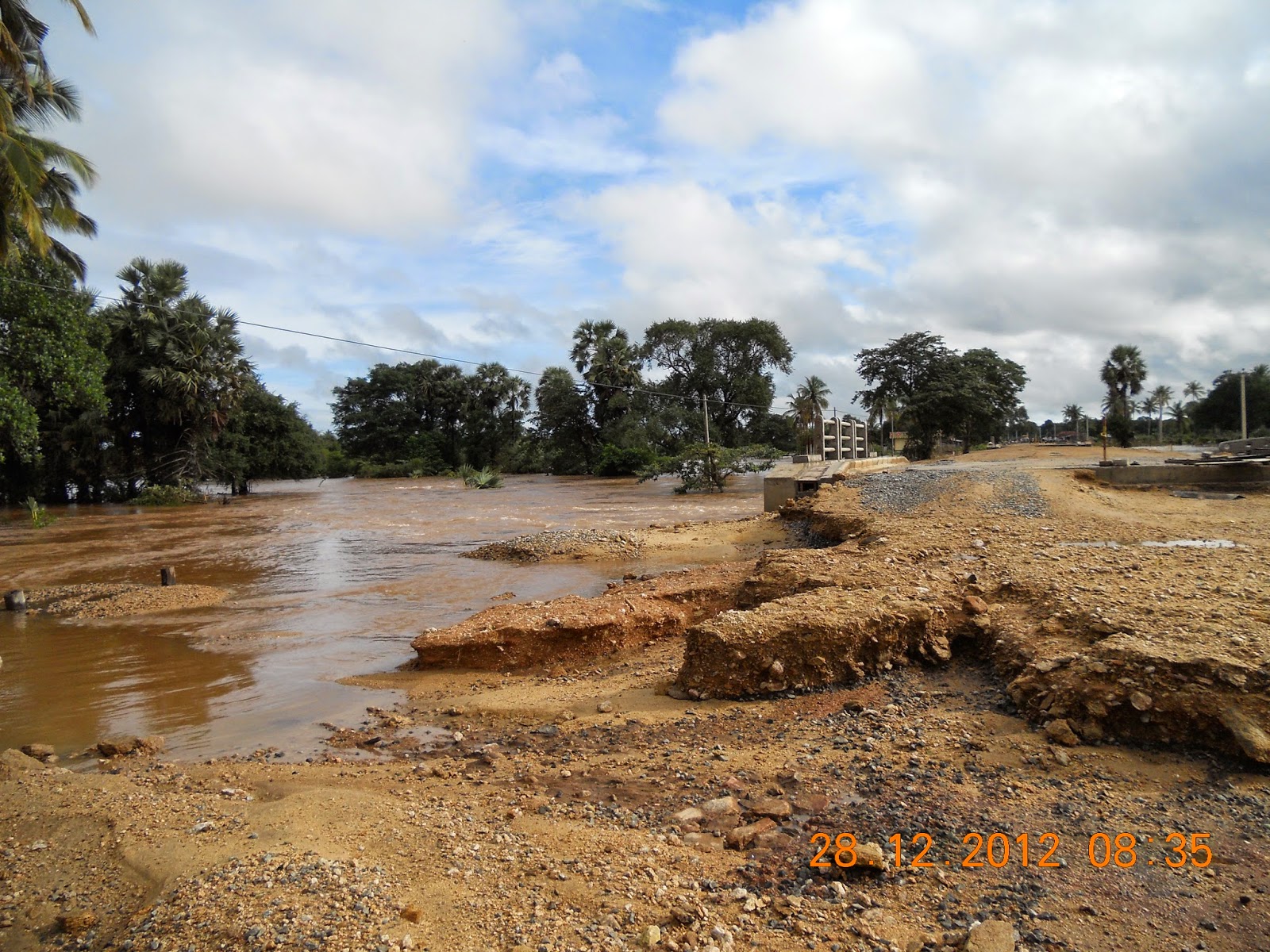 After witnessing a such a devastating flood , we took concrete  remedial measures  in order to withstand the future flood events.


I keep those for next post as  I feel that this post is lengthy enough for a day :)

The bridge on a river where no single drop of water to be found.

Even in a dry season , very few water paths are  get dry as following one  where not single drop of water can be found.

This bridge is located in  Mankulam - Mulathive road, where I worked as the Consulting Bridge Engineer for the project in 2012/13

While structure was under construction,   few visitors to the site raised their eyebrows on the requirement of a bridge at particular  location. However,  the Hydraulic studies of the area gave us a very different figures which are drastically differ from the depiction of the picture.

I was fortunate to witness the theory meets reality.  During the time of project execution, bridge met its highest flood which it was designed and stood against it.


The bridge was designed with a 600mm of minimum  freebord height for the high flood level and it is adequately designed as seen in the picture.

However,  at the time of  flood , the bridge was  not in its completed form. The approach roads and the embankment protection measures were not completed. As a result, the embankment was damaged and later it was rectified.

Looking forward to write more in my next post on the subject of  bridge protection  measures  that we took after the rainy season.