Last few days, I spent most of my work hours on reviewing the designs of concrete box culverts.

As local practice is based on British codes, the most relevant  document is identified as part 2 & part 4 of Bs 5400. The additional guidelines are  provided by BD 31/01.

Appendix A of BD 31/01 shows many diagrams on  load cases which are to be considered. It includes following combinations.

The checks on stability  is conducted  as follows;

6.)  Sliding : min. vertical loads with buoyancy on foundation slab. ( primary live loads are included with min. factors as it is necessary include traction forces)

7.) Bearing : max vertical loads with buoyancy on  foundation. All loads are nominal.


In all above conditions , it is necessary to concern whether to  include live load surcharge on to  both abutment walls or not.

In the first five of loading cases, BD 31 is silent on applicability of  Hydro static Pressure on walls.

However elsewhere , in cl 3.1.4 it says, /// when appropriate , the effects of hydro-static pressure and buoyancy shall be taken in to account. The increase in pressure on the back of the walls  due to hydro static  pressure at a depth  Z meters below water level shall be taken as 10Z(1-K)   kN/m2///

Please see the following figure which i took form my note book and captured from my mobile camera. it  explains how this 10Z (1-k) is derived. 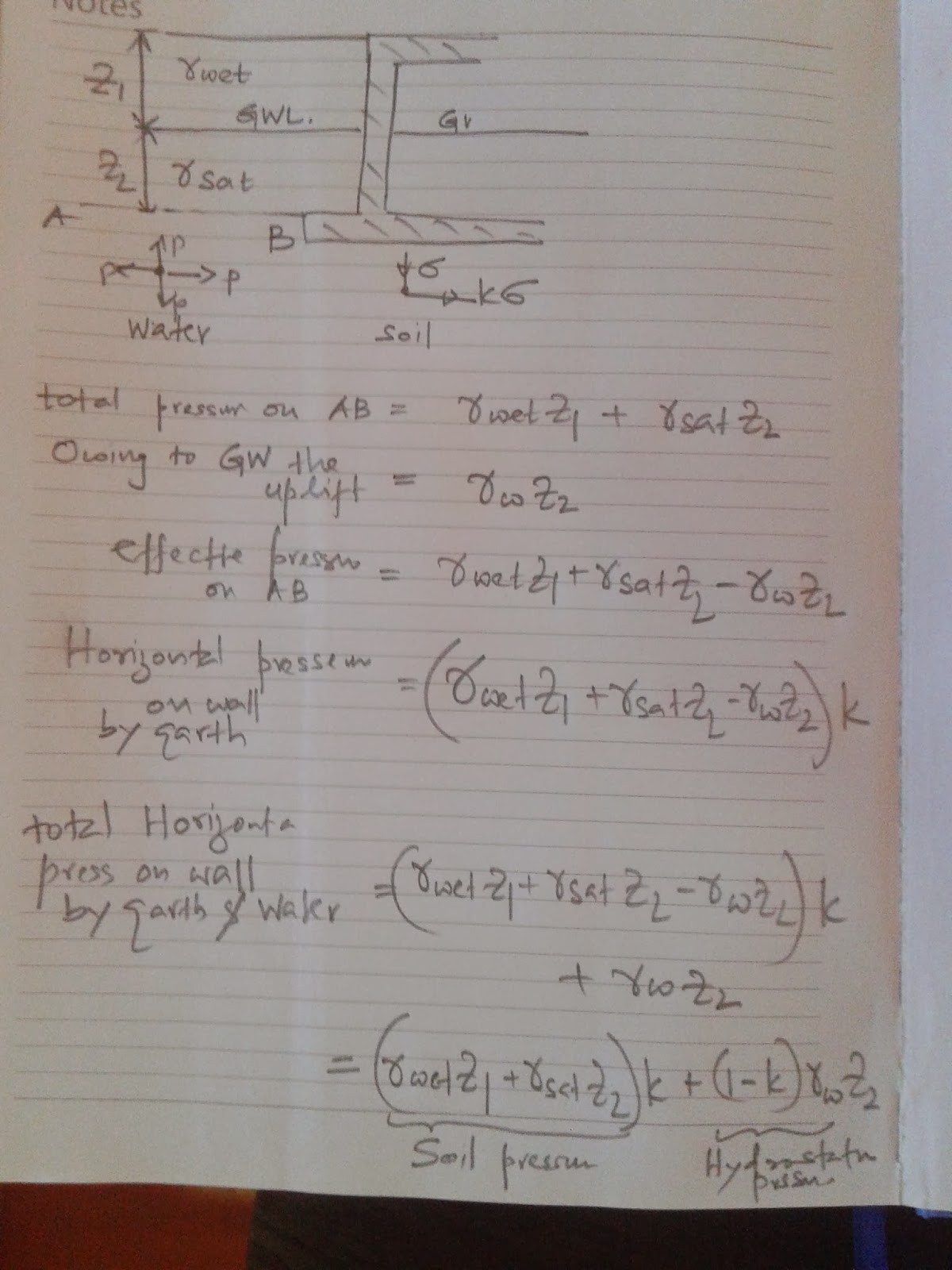 However BD 31 does not well explain   that how hydrostatic forces do   applicable in the first five load cases.


Contrary , the american LRFD documents which are basically based on Marston's studies on the subject , provide more details on this.

The following picture that referred from a design guidelines of Kansas Department of Highways is self explanatory.

The Department of Transport of Massachusetts  LRFD guidelines provides following recommendations on the load cases;

It is clear that there  is not  general agreement  between distinguish  design guidelines on the load cases and more specifically on the  hydrostatice loads and the  uplift /buoyancy.

I am of the view that hydrostatic pressures become critical when a sudden discharge  flows through the barrel without no time allowing Ground Water level to  rise. Such a phenomena could happen in the cases of upstream flood or owing to spill of upstream reservoir.

In the same line of argument , water level can be differ in two sides owing to rise of ground water level but stream flow is at regular levels. I am in doubt whether is this could happen in real?

In other cases hydrostaic forces are in balance or have little impact on the total effects.